The anatomical connectome of the brain 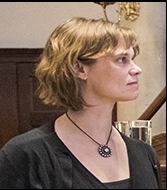 To understand how brain networks work, we need thorough knowledge of the anatomy. The literature on brain interconnectivity, however, contains >8500 papers containing 50,000+ facts, which are poorly accessible because of lack of standardization in anatomical nomenclature, restricted access to the content, and use of jargon. Our team compiled a database of neural connections of the hippocampal formation (HF) and parahippocampal region (PHR) of the rat. These brain regions play a crucial role in memory. Specific processes, related to memory formation, storage and retrieval, are attributed to specific subfields of the PHR-HF network. The information from the neocortex to the HF is relayed by two separate information-processing streams – A ‘what’ and a ‘where’ stream.

Graph theory was used to analyze the anatomical network of the brain areas under investigation. For this analysis, the full network was decomposed along the three anatomical axes, resulting in three networks that describe the connectivity within the rostrocaudal, dorsoventral and laminar dimensions. The laminar network contained most information. The laminar dimension revealed a network with high clustering coefficient (0.47), a relatively high path length (2.11). Six connector hubs were detected and all of them were located in the entorhinal cortex. Three large modules were revealed, indicating a close relationship between the perirhinal and postrhinal cortex as well as between the lateral and medial entorhinal cortex. These results confirmed the central position of the entorhinal cortex in the (para)hippocampal network and this possibly explains why pathology in this region has such a profound impact on cognitive function, as seen in several brain diseases. The results also have implications for the idea of strict separation of the ‘‘spatial’’ and the ‘‘non-spatial’’ information stream into the hippocampus. This two-stream memory model suggests that the information influx from, respectively, the postrhinal–medial entorhinal cortex and the perirhinal–lateral entorhinal cortex is separate, but the current analysis shows that this apparent separation is not determined by anatomical constraints.

University of Amsterdam, The Netherlands

Quantifying the dynamic and nanoscale organization of neuronal synapses 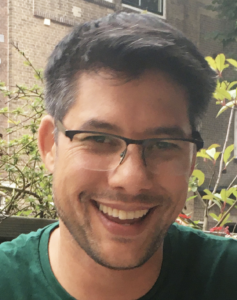 Functioning of the brain critically relies on the rapid and efficient transfer of signal across neuronal synapses. Synapses are built of a multitude of macromolecular complexes that control the trafficking and anchoring of neurotransmitter receptors. Precise activity-dependent modulation of synaptic structure underlies cognitive processes such as learning and memory, and synapses are the main target of disease mechanisms that underlie mental disorders such as autism and schizophrenia. However, although over the past decades the molecular building blocks of synapses have been identified and characterized in great detail, it remains unknown how individual components are assembled within synapses to efficiently control synaptic transmission. Our work is aimed at understanding the mechanisms that establish and modulate the molecular architecture at neuronal synapses to tune synaptic efficacy. In particular, we aim to gain a quantitative understanding of how components exchange and assemble at different length and timescales at subsynaptic domains. We therefore utilize diverse live-cell and super-resolution imaging approaches that allow us to resolve the dynamic behaviour of synaptic receptors and other components at an unprecedented high spatial resolution. Together, these approaches guide the development of computational models and simulations of synaptic transmission to provide an comprehensive model of how the dynamic and nanoscale organization of individual synaptic components shape the efficiency of synaptic signal transmission. 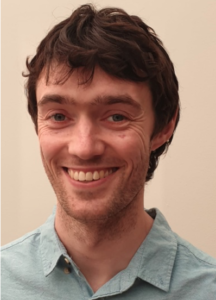 Amyotrophic lateral sclerosis (ALS) is a relentless neurodegenerative disease with no cure. A new wave of gene targeting medicines could represent the beginning of major therapeutic breakthroughs, but effective genetic medicines are likely to require an effective understanding of underlying disease genetics. In this talk, I will describe our efforts to discover hidden genetic risk factors in ALS, as well as their immediate effects in the brains of patients. Our approach links high dimensional whole genome sequencing datasets with multi-omic profiling of the human brain (ATACseq, RNAseq) and a variety of computational frameworks that borrow from traditional statistics and recent advances in machine learning.

Can consciousness be explained by quantum physics?

One of the most important open questions concerning humans is how our consciousness gets established. Long before winning the 2020 Nobel Prize for his prediction of black holes, physicist Roger Penrose worked together with anesthesiologist Stuart Hameroff to propose that consciousness should obey the rules of quantum mechanics, the theory that determines how very small particles, such as the electrons, move around. However, quantum mechanical laws are usually observable only at very low temperatures or for extremely small particles. Since our body works at room temperature, the proposal by Penrose and Hameroff was met with incredulity. According to them, consciousness originates from microtubules inside neurons, where quantum coherence emerges, and may occur at various scales in a fractal-like brain hierarchy. Fractals are structures with many voids, which have a non-integer dimension. The theory generated much controversy, with strong opposers and persuaded supporters, but the issue has not been settled.

Instead of entering the polemic, we decided to join forces with experimental colleagues from Shanghai JiaoTong University in China (Prof. XianMin Jin) to create an artificial fractal on a chip, composed of waveguides. By injecting light at the border of the fractal structure and performing many measurements, we could visualize how the quantum of light – photons – diffuse in the fractal. Our findings reveal that the quantum dynamics in fractals is very different from the classical one, and future measurements in the human body can be compared to our results to decide whether consciousness is a classical, or rather a quantum phenomenon.

By investigating quantum transport in these artificially designed fractal structures, we might be making the first steps towards the long journey that will be the unification of physics, mathematics and biology, to reach a deeper understanding of the human body and its functioning, as well as to inspire designs of more efficient quantum algorithms.